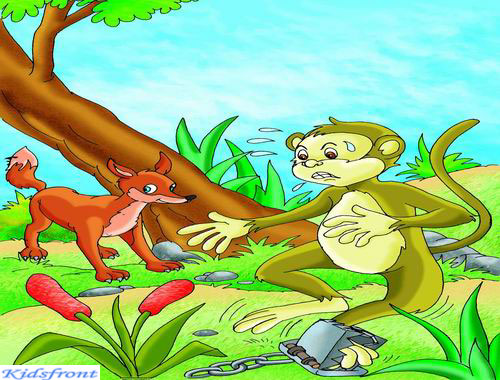 One day, all the animals of a forest gathered to choose their king. The monkey danced such gay abandon there that everyone felt delighted. So, his name was proposed for kingship. Everyone voted in his favour and he became the king.

But the fox couldnât tolerate the monkey rising to a high position. He felt envy of him and decided to humiliate him. One day, the fox was roaming around searching for food and saw a trap laid by some hunter. It had a piece of meat in it as bait.

The fox was intelligent enough to stay away from the trap. But he was sure that monkey wouldnât. So, he approached the king and brought him to the trap. The fox then said, âHere is a dainty piece of meat, sir! As a true subject of yours, I didnât touch it. So, enjoy it Your Honour!â

The monkey extended his hand for the meat and got trapped. The fox then laughed and said, âKingship needs a lot of wisdom, sir!â

Learn To Live With Your Weaknesses